I~AS exists to support persons of ALL ages and abilities by providing quality recreational and competitive adaptive sports experiences.

Recognizing the important benefits of sport, we want to we want to expose our adaptive athletes to a wide variety of individual and team Paralympic Sports. 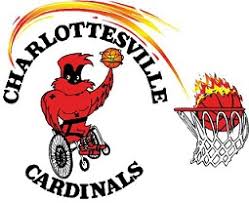 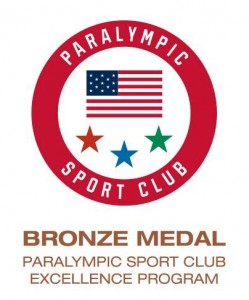 The Paralympic Sport Club – Blue Ridge~ Shenandoah is pleased to have a shared alliance with the Charlottesville Cardinals Wheelchair Basketball Team.

Working together with the “Charlottesville Cardinals”, our goal is to support the development ALL adaptive athletes. PSC-BR~S is excited do all we can to both promote and assist the team. We look forward to having members of the “Cardinals” participate in other adaptive sports, adaptive outdoor adventures and athlete development clinics with the PSC-BR~S.

Wheelchair Basketball is a great sport on so many levels. The sport specific skills, the training required, as well as the camaraderie and teamwork make this a valuable activity for all who participate. Players who commit to a schedule of regular practice and competition will experience personal development in the following areas: 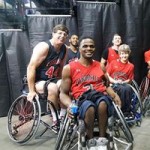 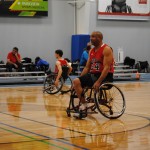 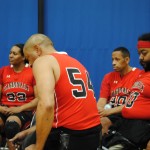 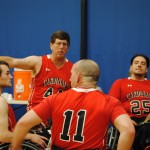 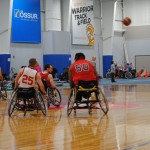 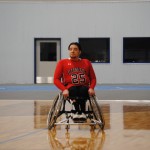 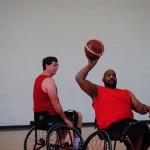 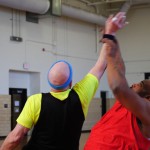 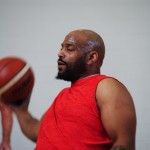 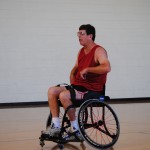 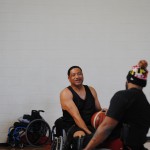 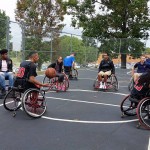 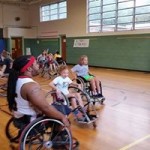 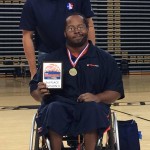 By 1948, there were six teams across the United States and via plane, they all played each other in the first playoff. It was that year that the first civilian team, the Birmingham Flying Wheels was formed as well as the birth of the National Wheelchair Basketball Association. Since then, the NWBA has grown to over 200 teams, 22 conferences, and 7 divisions.Teams are now international and include men’s, women’s, intercollegiate, and youth teams.

In 1948, the NWBA and the first official National Wheelchair Basketball Tournament (NWBT) were organized by the NWBA pioneer and Hall-of-Fame inductee Tim Nugent of the University of Illinois. That same year, in a remarkable act of self-determination, the Birmingham VA Flying Wheels took to the air and challenged VA hospital teams throughout the US. Wheelchair basketball soon became the number one sport of individuals with disabilities. VA teams and players joined the NWBA shortly after 1948.

Wheelchair basketball, as we know it now, was first played between teams from other countries at the1956 International Stoke-Mandeville Games.

Basketball has been a part of the Paralympic Games since 1960. Though originally played only by men with spinal cord injuries, now both men’s and women’s teams throughout the world, with a variety of disabilities, compete in the sport. Many of the same rules from its counterpart apply in the wheelchair game.

Wheelchair basketball for women began to surface in the mid-1960’s. In 1968, a US team competed alongside US men in the Paralympic Games in Tel Aviv, Israel. Since only a men’s division existed in the NWBA at that time, the few women who played in the US competed on teams consisting of men only. As of 1970, one team had been formed, the University of Illinois Ms. Kids. During the 1973-1974 season, the Ms. Kids played the Southern Illinois University Squidettes in the Men’s Old Gym on the University of Illinois campus in Urbana.